Subarachnoid hemorrhage (SAH) is a serious presentation of ruptured intracranial aneurysms (IAs) that is associated with significant morbidity and mortality. Autopsy reports have shown that aneurysms are present in roughly 2-5% of the population, and it is estimated that 10-15 million persons have intracranial aneurysms in the United States, many asymptomatic.

The goal of placing platinum coils into an aneurysm is to completely isolate and obliterate the aneurysm from the circulation by cessation of intra aneurysm flow, formation of intra-aneurysmal thrombus, and long-term thrombus organization and reendothelialization. Although platinum coils have been widely used for more than 30 years, and despite the incremental technological coil improvements, the long-term results of these coils is still unsatisfactory, since long-term occlusion rates remained <80%, and the recurrence rate is still remarkably high. There is an urgent need for therapies that can improve the packing density of the aneurysm and accelerate formation of connective tissue in the aneurysmal sac and new intima over the neck of the aneurysm that can be applied to various sizes of aneurysms.

The cPAX system is a new technology that uses existing neurovascular procedural skills with notable differences that set the NeuroVASx embolization cPAX technology apart from traditional platinum coils and other IA devices.

The cPAX system is composed of:

Strand implants are delivered through a microcatheter into the aneurysm and required packing density is achieved by advancing the strand over the immobilized DDW for strand delivery support. The radiopaque coil and marker band at the distal end of the DDW allows for a fluoroscopically guided detachment of the polymer strand implant.

The cPAX strand is detached, after proper cPAX advancement and adequate volumetric cPAX filling over the immobilized DDW located at the microcatheter tip following advancement of the cPAX.

When detachment is desired, an application of very low current via the activated power supply activates the distal DDW heater coil to detach the implanted strand from the remaining strand over the DDW.

Detachment is achieved by drawing back on both the cPAX proximal shaft and DDW distal of the cPAX hub inserted within the Tuohy-Borst adapter connected to the proximal hub of the microcatheter.

The cPAX strand has been shown to have excellent radiopacity, better packing, and a novel pro-healing matrix. Further, unlike platinum coils, the cPAX strand can be detached anywhere along its length, which will markedly enhance ease of use, procedural control and safety. Thus, the proposed novel cPAX system is anticipated to improve endovascular embolization outcomes and reduce the potential for retreatment, resulting in benefits for patients. 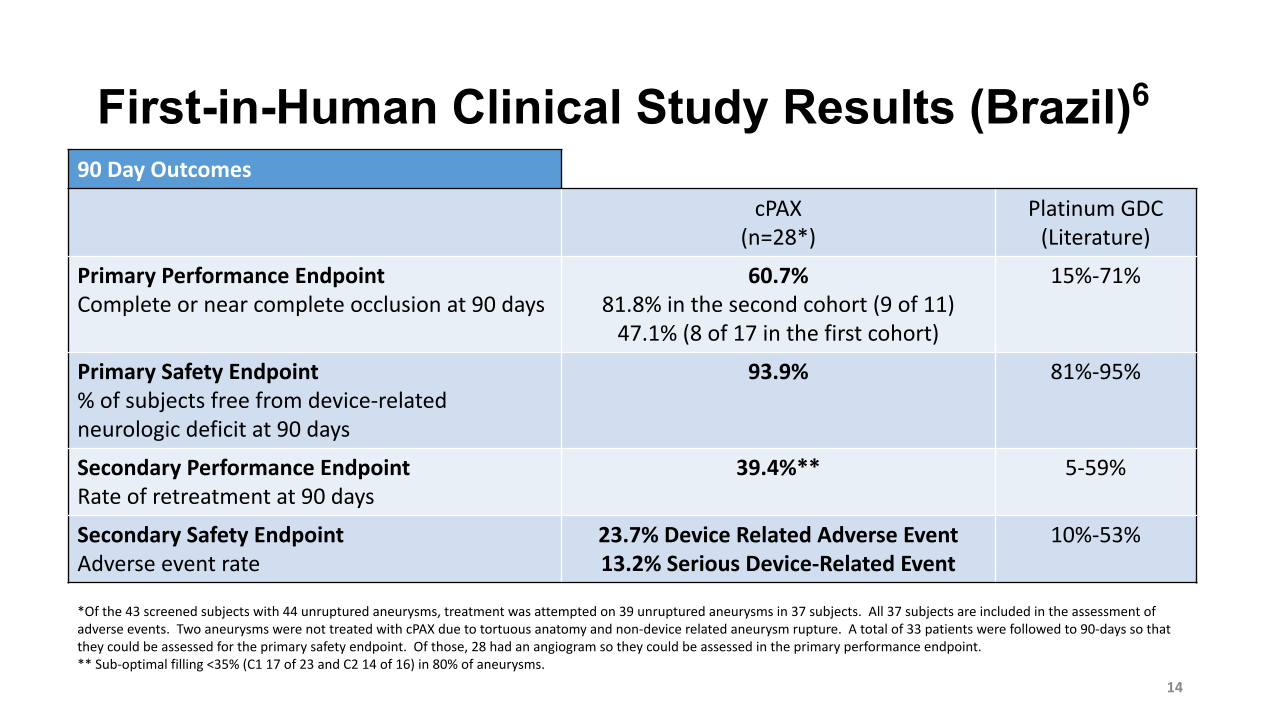 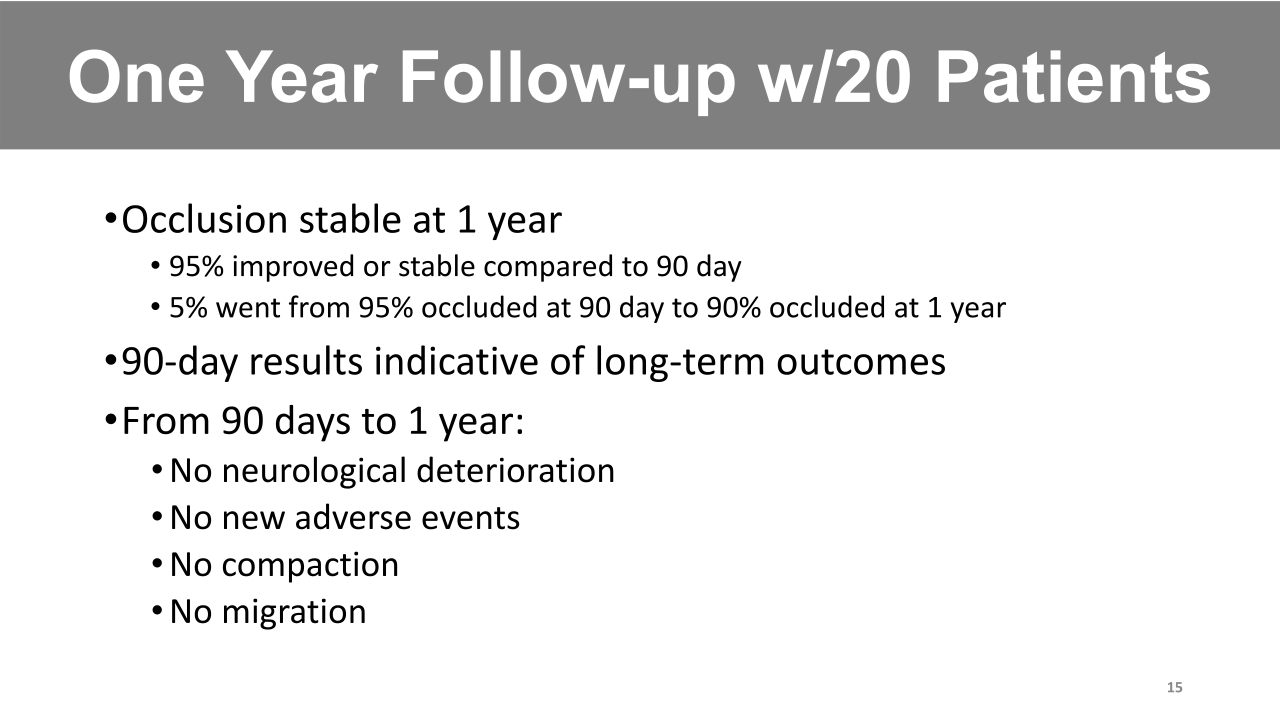 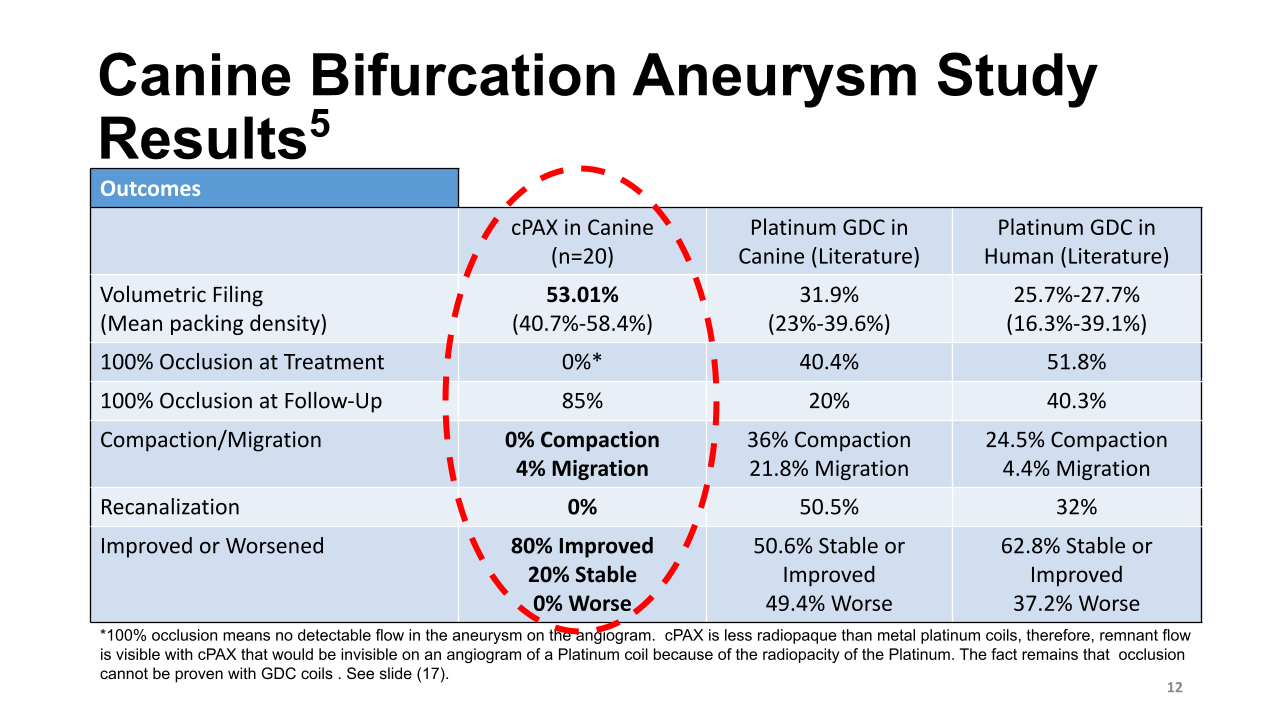 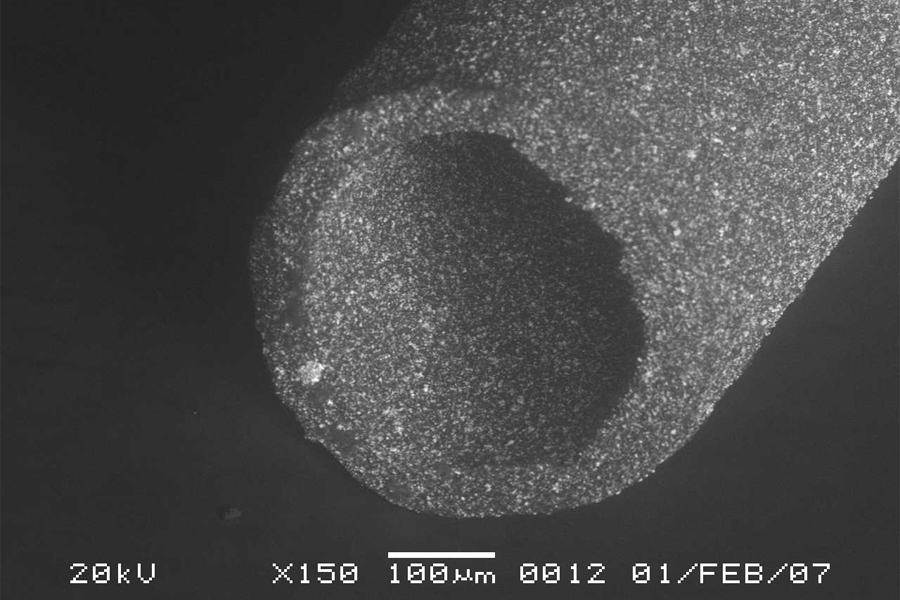 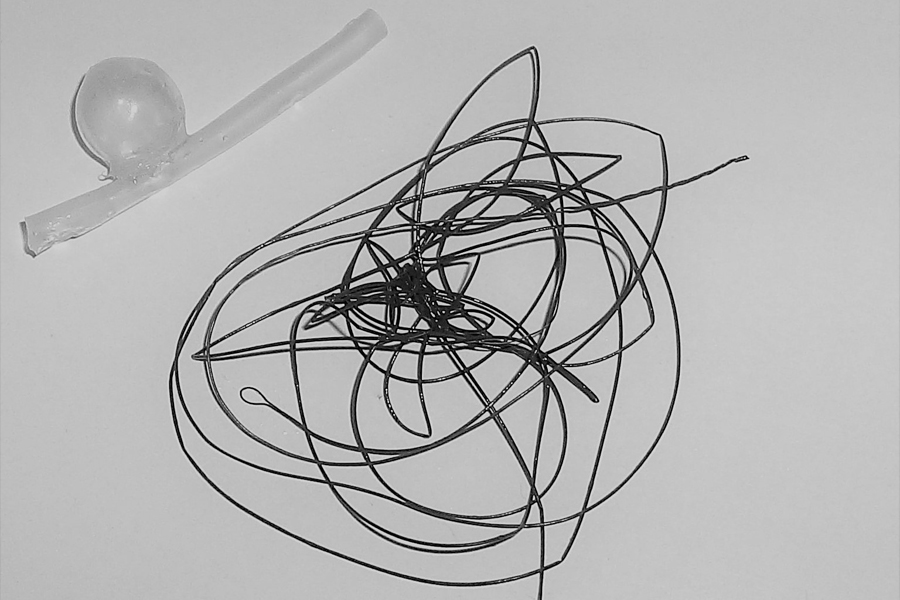